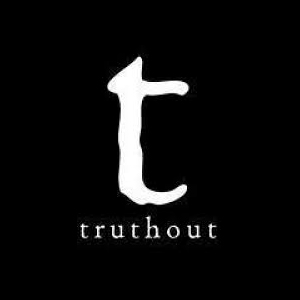 Every 10 years, the U.S. government undertakes the largest peace-time mobilization effort to count the nation: the U.S. census. Census data is used in a variety of ways. It determines everything from how many congressional representatives communities have, the apportioning of federal funds for community needs, the enforcement of the Voting Rights Act of 1965 and the health of the U.S. economy.

People from marginalized communities are often undercounted and face the worst repercussions of an undercount. The Census Bureau considers American Indians and Alaska Natives (AI and AN) a hard-to-count population.

In the 1990 census, 12.2 percent of AI and AN people on reservations were undercounted, according to the Census Bureau’s findings. A decade later, the census seemed to improve, with the Bureau not reporting a statistically significant undercount, but in 2010, the undercount increased to 4.9 percent. As is so often the case with AI and AN data collection, some tribal leaders believe these numbers are actually higher.

Moreover, AI and AN communities must put the name of a tribal member in the household as the first name on the census in order for the household to be counted as Native American. If a non-Indian or non-tribal member is the first person listed, then the entire household gets counted as non-Indian, which also contributes to the undercount, according to Principal Chief Chuck Hoskins Jr. of the Cherokee Nation of Oklahoma.

An inaccurate census count wreaks havoc on tribal nations and people for generations to come. For Native people, the census is crucial to state and federal recognition, the enforcement of treaties, and the economic health and overall well-being of tribal nations and their citizens and members. Face-to-face enumeration is key to an accurate AI and AN count, but has been suspended due to the COVID-19 pandemic. As many AI and AN people lack reliable telecommunications and broadband access, self-response rates are significantly lower than the general population. Inaccurate census data could even exacerbate funding for potential future pandemics.

Since the census began, AI and AN people haven’t been counted accurately and this has often been purposeful. The U.S. government has used inaccurate census data to cheat Native peoples out of allotments of land, distribution of goods and money, and treaties it has failed to honor.

The first census occurred in 1790, but there wasn’t an inclusive count of AI and AN people in the census until 1900. Before the 1950 census, enumeration was conducted in person, and race was often classified based entirely upon the perception of the enumerator, leading to inaccurate counts of AI and AN people. Other factors that create barriers to an accurate count include distrust of the U.S. government, nontraditional addresses, high rates of renters and houseless people, low telecommunications access, language and literacy barriers, and weather and road access issues on more rural lands.

For example, Alaska, Arizona and New Mexico have some of the highest percentages of hard-to-count populations partially due to the rural nature of the states, weather and road access conditions. The Navajo Nation — which now has the highest per capita COVID-19 contractions rates, and death rates that are 10 times higher than that of Arizona — is the largest reservation in the U.S. and covers three states, including Arizona, Utah and New Mexico. Face-to-face enumeration is essential to an accurate count throughout Indian Country and has included the use of horses, boats, bush planes and dog sleds.

In a tribal consultation report between the Census Bureau and the Navajo Nation, the Navajo responded that they prefer in-person enumeration as the primary means to count their population. They cited the low access to internet and telephones as a significant barrier to an accurate count. As of May 29, the Navajo Nation had a self-response rate of only 0.8 percent, versus that of 56.7 percent and 47.8 percent for Arizona and New Mexico, respectively.

AN people are no strangers to an undercount. Some AN communities are only accessible via ice roads, and community members will often leave their homes for traditional hunting and fishing or warm-weather jobs. As a result, the 2020 census enumeration began in Toksook Bay, Alaska, on January 21. April 1 was the beginning of the self-response enumeration for the rest of the U.S. As of May 29, Alaska’s state self-response rate was only 41 percent, ranking it 51st for national rates. However, Alaskan Native areas have a significantly lower self-response rate.

“There is no way the Census Bureau can come close to an accurate count in tribal communities without boots on the ground,” Gabe Layman, chief operating officer at the Cook Inlet Housing Authority and Chair of the Alaska Census Work Group, told Truthout. He went on to say that if the Census Bureau couldn’t complete counts in tribal communities as they planned pre-pandemic, then they should delay the census. The Census Bureau has indicated it will begin enumerating in some remote communities again. However, Layman said there’s “confusion over what the resumption of the Remote Alaska Operation will look like and when that will occur.”

The Census Bureau is resuming some update leave enumeration in some areas of the U.S., but not necessarily on tribal lands. These operations update addresses and “map feature data,” and leave census questionnaires at every household. Update leave measures occur where the majority of households don’t receive mail at their home or housing can’t be identified. Update leave measures have resumed in Montana, but not on the many tribal lands. “We’re in consultation with the tribal leaders of these lands, so when they open, we can resume operations,” said a Census Bureau spokesperson.

Layman said that the lack of trust in the U.S. government is an even larger barrier to an accurate AN count than the remoteness of the communities. Even without the added pressures of a global pandemic, census enumerators have experienced great challenges in getting AN people to positively respond to them.

The 2020 census is the first to offer an online response form. However, it appears to have little impact in increasing AI and AN participation because of existing telecommunications barriers.

According to the written testimony of Geoffrey Blackwell, chief strategy officer and general counsel for AMERIND Risk Management Corporation, the deployment of fixed terrestrial internet at benchmark speeds deemed the acceptable standard for online streaming measures are significantly lower on tribal lands. This makes it difficult — if not impossible — to connect to many websites or use phone service.

In 2016, only 63.9 percent of total tribal lands had these services, but the numbers vary based on location, with rural areas suffering the worst. Only 36.2 percent of rural Alaskan Villages, 43.5 percent of Native Hawaiian homelands and 31.6 percent of rural tribal areas in the continental U.S. had telecommunication services at these speeds. Even telephone access is low, at only 68 percent on rural reservations versus 95.5 percent for the U.S.

High rates of poverty also create barriers to census enumeration. In 2016, 26.2 percent of Native people were living in poverty, so even if the internet is available nearby, they often can’t afford internet service or devices. These numbers can often vary across tribal nations. The Oglala Sioux Tribe on the Pine Ridge Reservation in South Dakota, which is currently embroiled with South Dakota Gov. Kristi Noem over health checkpoints on tribal lands, has significantly higher poverty rates than the rest of the U.S. Ninety-seven percent of Pine Ridge residents live below the U.S. federal poverty line. The median household income on the reservation ranges between $2,600 and $3,500 per year with a 90 percent unemployment rate. As of May 29, Pine Ridge only had a census self-response rate of 4.5 percent, versus that of South Dakota at 59.9 percent.

Even when surrounded by wealth, tribal nations are still suffering a digital divide. Vice Chairman Lance Gumbs of the Shinnecock Indian Nation told Truthout that 60 percent of his tribal members live in poverty while surrounded by one of the wealthiest areas in the U.S.: the Hamptons on Long Island, New York. There’s only one internet provider for Shinnecock lands. “The fact that we’re being serviced by only one entity — there’s a premium that they’re able to charge so it’s a cost consideration,” said Gumbs.

Access to telecommunications infrastructure isn’t the only barrier to answering the census via the internet or phone. Brian Howard, a research and policy analyst for the American Indian Policy Institute at Arizona State University, told Truthout that for a 2019 study on internet service on tribal lands, researchers had to include flip phones as an option for phone access, as one elder they spoke with still used this older model of phone.

Given that 71 percent of AI and AN people live in urban areas, enumeration of urban communities is key to an accurate census count. Matthew Rantanen, director of technology for the Southern California Tribal Chairmen’s Association, told Truthout that there are no reliable numbers for broadband access for urban Natives. Even if the telecommunications infrastructure is in place, the high rates of poverty mean many have to use free resources at libraries and community centers — which are now closed for social distancing measures — or access the internet at a friend or family member’s home.

Andrea Delgado-Olson (Ione Band of Miwok Indians), founder and chair of Native American Women in Computing and the program manager for Systers and GHC Communities at AnitaB.org, has a goal to “connect tradition with technology.” When speaking with Truthout, Delgado-Olson spoke of how the internet is allowing AI and AN people to practice traditions like talking circles. Delgado-Olson was “longing for connection” when she created the online talking circle for Native women. It brought the women together to discuss their feelings and community issues. It became so popular that Delgado-Olson said participants were meeting four times a week, sometimes up to two hours. However, many in her tribal nation lack high-speed, reliable broadband and the devices to connect.

The Ione Band of Miwok Indians, located in northern California, is small, with only 750 people. Delgado-Olson said that before the pandemic, students would search for places with the internet and do their homework in parking lots. With social distancing measures, though, this has stopped. Not too far from the Miwok, “smartbuses” are serving the Sacramento area with internet by serving as Wi-Fi hotspots.

With the threat of extinction under the COVID-19 pandemic, coupled with the Indigenous digital divide, AI and AN self-response rates for the 2020 census will likely remain low. As we’re seeing now, the dire living conditions of many Native people, and the lack of resources allocated and released to tribal nations, is creating a higher rate of COVID-19 contraction rates and deaths. A lack of accurate census data could continue the cycle of poverty and genocide many Native people experience and even lead tribes to remain underprepared for future pandemics.

This article is republished from Truthout under a Creative Commons license. Read the original article here.