From Formation To Fruition 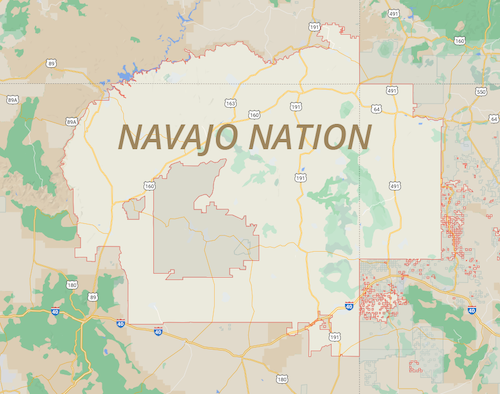 In 2018 the Navajo Nation was informed the Navajo Generating Station (NGS) coal-fired power plant on their land would be closing in 2019. NGS represented a significant portion of Navajo GDP and provided employment for an estimated 3,000 workers. The loss would be tremendous. Representatives of the Navajo nation approached the founders of Arcadian Infracom about a unique possibility to transform NGS into a data center. The complicating issue was a lack of high capacity fiber routed through Navajo Nation. So, Arcadian began quietly working with the Navajo Nation to develop a plan to bring fiber to and through their nation in order to support the Navajo goals of economic development, expanding access to modern online educational opportunities , and providing greater access to healthcare through telemedicine that is possible only with robust fiber connectivity. In 2018, and again in 2020, Navajo legislation was passed solidifying the Arcadain partnership with the Navajo Nation allowing Arcadian Infracom access to unique rights-of-way across Navajo land.

With the Navajo Nation partnership firmly established, Arcadian began to develop the larger concept of diversely connecting major data center markets while providing access to smaller rural and tribal communities for our broadband provider partners. Routes were engineered. PUC authority was obtained in the 6 states where Arcadian will initially build and operate. Customers were contacted. In 2019,  Arcadian emerged from stealth and announced our plans to the industry.

As Arcadian readies for the first shovel of dirt to turn, additional partnerships are being formed with customers, operating partners, state and federal agencies, rural and tribal communities, and a multitude of other groups all wishing to support Arcadian’s commercial and social initiatives.
Read About Our Purpose >>Meet Our Team >>
Follow us On