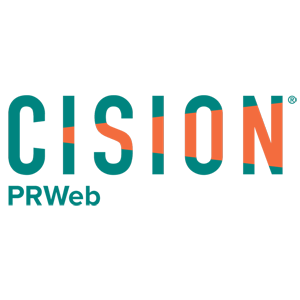 Arcadian Infracom, transforming lives through fiber backbone infrastructure, today announced that it has received public utility authority in the State of Arizona. With this final of four required certifications, Arcadian has started final engineering and permitting of its first 1,300 miles of fiber backbone routes in the Southwest U.S.

The most recent PUC authority, granted by the State of Arizona, provides Arcadian authority to construct its underground global fiber backbone routes along most public roadways in four states. Arcadian is building its fiber routes across these states to create redundant global connectivity for its cloud, content, telecom, cable, ISP and enterprise customers. These new fiber backbone facilities will also foster a digital ecosystem of economic development for the people living in communities along the Arcadian routes. This new direct global backbone fiber will support new businesses and enable massively scaled internet access backhaul to support improved local broadband.

“We appreciate all of the hard work and endless tenacity that our team has demonstrated over the past 2 ½ years to reach this important milestone. Our team includes not only our core employees but also an almost untold number of local legal teams, state advocates, utility authority staff and numerous other advisors”, commented Dan Davis, CEO and co-founder of Arcadian Infracom. “This accomplishment shows what is possible when you have a truly world-class group of people who all share the same passion for accomplishing such a worthwhile purpose. We will, of course, deliver a world class fiber network for our customers and create outstanding shareholder value. By acting with authentic purpose, we also generate transformative economic and social benefits for people living in the rural and tribal communities served by our fiber.”

The certifications in both Arizona and New Mexico will also be utilized with previously granted certifications in Texas, and anticipated certification in California, to later begin construction of Arcadian’s next diverse fiber backbone route. That second 1,500-mile route will connect Los Angeles to Dallas, via Flagstaff and Albuquerque, providing long needed East/West U.S. global internet infrastructure fiber connecting the West coast to major mid-US markets. Arcadian will again be connecting people in rural and tribal communities along this second global fiber backbone route to close the digital divide by bringing scaled internet backhaul capacity to these digitally stranded communities.

This article is republished from PRWeb under a Creative Commons license. Read the original article here.